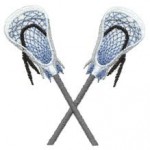 TAPinto.netGirls Lacrosse Preview: Verona Looks to Build on Last Year’s SuccessTAPinto.netVERONA, NJ – Last year they made their first ever trip to the Essex County Tourney finals, by beating West Essex for the first time. … With pitching that can

Both the Glen Ridge girls team and the boys from Seton Hall Prep had strong performances in winning their championship games of the Essex County Lacrosse Championships held Saturday at Nutley. In the first game of the doubleheader Glen Ridge won over first time finalist Verona by a score of 14-6. Seton Hall Prep struck […]

The 2016 Essex County Girls, and Boys Lacrosse Championship Final will be played Saturday afternoon, May 7th at Nutley High School’s Stadium. At 2:30pm the Girls Championship game will pit Verona, seeded fourth, against the second seed, Glen Ridge. The boys’ game will be played shortly after the completion of the first game, at approximately […]

On Saturday the Semifinal Round games of the Essex County Girls Lacrosse Tournament were played. Glen Ridge (2) defeated Montclair (3) while Verona (4) upset West Essex (1). Glen Ridge and Verona will face off for the championship trophy on Saturday, May 7th at 2:30pm at Nutley’s stadium. In ECT Boys Lacrosse the eight team […]

The pairings are set for Saturday’s Semifinal Round of the 2016 Essex County Girls Lacrosse Tournament. In the Quarterfinals it was Verona (4) over Millburn (5). Verona travels to West Essex (1) who defeated Mt St Dominic Academy (8) in this round of eight. On the lower half of the bracket its’ Montclair (3) facing […]

The preliminary round of the 2016 Essex County Girls Lacrosse Tournament has been completed with Mt St Dominc Academy (8) defeating Livingston (9) while Montclair Kimberley Academy (7) defeated Columbia (10). The tournament now moves on to the Quarterfinal Round to be played on or by Tuesday, April 26th. Scheduled pairings are Mt St Dominic […]

The 2016 Essex County Girls Lacrosse Tournament is set to begin. Ten teams have been seeded for this year’s tournament with the early “Play In” round set to be played on or by this Saturday, April 16. #9 Livingston will be at # 8 Mt St Dominic Academy #10 Columbia will be at #7 Montclair […]

NJ.comMontclair girls lacrosse preview, 2016NJ.comIf it can receive offensive contributions across the board, Montclair should be able to make some noise in the Essex County Tournament, the Super Essex Conference, and the Freedom Central Division yet again. GAMES TO WATCH: