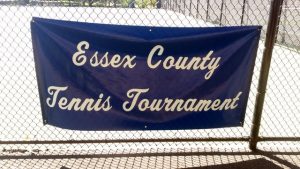 The semifinal and championship final rounds of the Essex County Girls Tennis Tournament will be competed on Saturday, September 24 at the Althea Gibson Tennis Center in Branch Brook Park, 10:30am.  The semifinals shall match top-seeded Montclair Kimberly Academy against ninth-seeded Verona while Millburn, seeded second, faces Newark Academy, the third seed.  The championship round shall be played later on the same day at the same site.

The tournament bracket may be viewed by clicking on the link below.